This is Dale Johnson's article on CKAR and other radio stations bearing auto-related call letters, in the April 16, 2012, issue of  OLD AUTOS​, a Canadian newspaper for car enthusiasts published in Bothwell, Ontario. 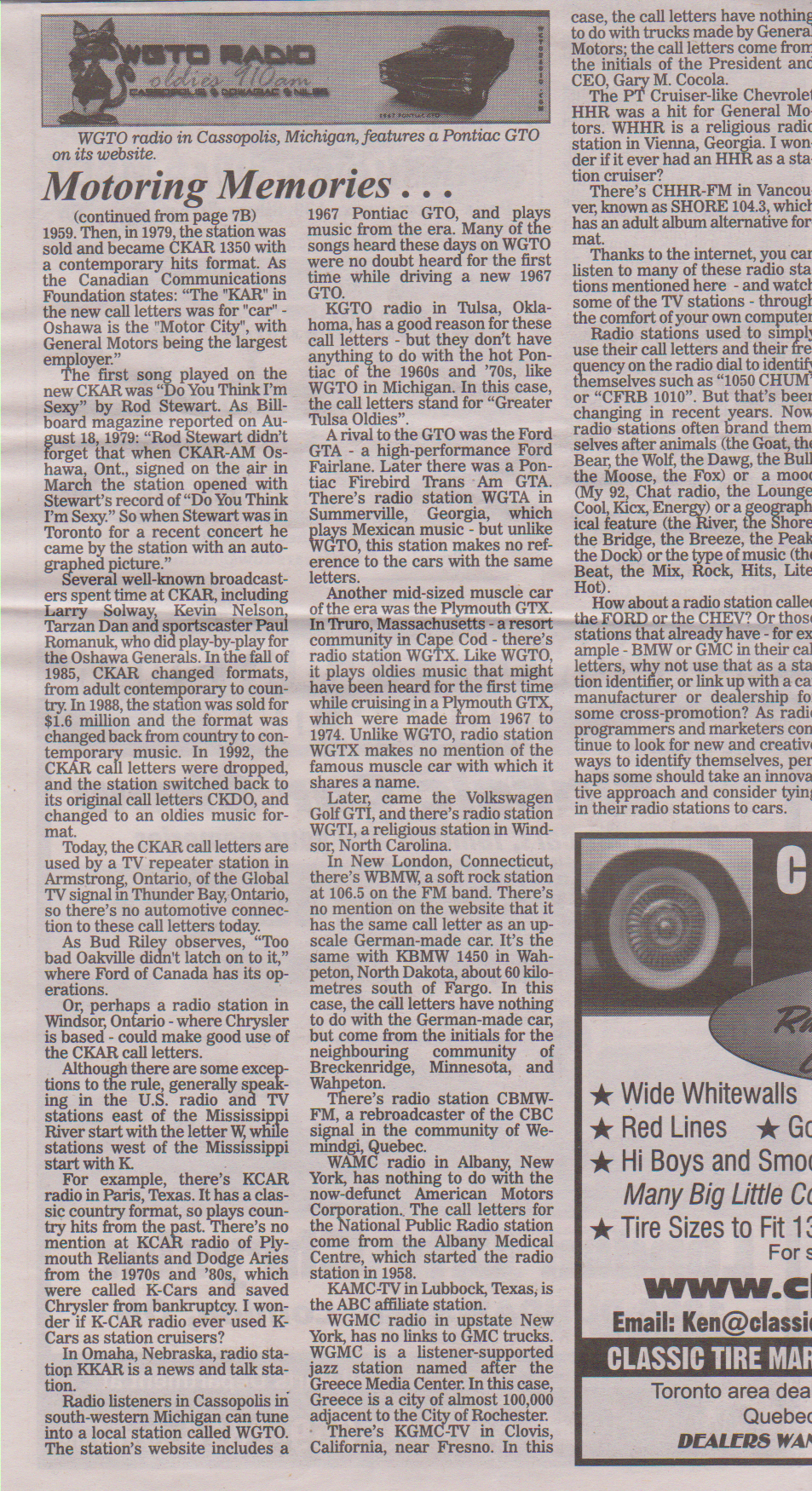 UPDATE:  CKAR call letters are now back in Huntsville, Ontario. A company in the central Ontario community Hunters Bay Broadcasting operated an internet station for several years but managed to obtain an FM broadcast licence from the Canadian Radio Television Commission.  Within a year, the company was one the air with the iconic Huntsville call letters, CKAR-FM.