In August 2012, while Garth lay sick in hospital, his friends managed to get a special nod from his beloved Yankees for his many decades as a sports reporter. Yankee fans saw this tribute to Garth during a game on Sunday, August 19, 2012. Days before Garth died, the Yankee front office ordered this photo  forwarded to Garth.

Garth, Bob Sher and Larry Tearun, the comedy team of "Fif and Shotz". The announcer was Bob Sher who doubled as a character actor in their skits.

Ryerson student production of The Rainmaker--

Jim Gibson was the station manager for a short time when he was hired by consultant Gordon Burnett. Jim had been in sales at CJOB, Winnipeg and was sales manager at CHEX TV in 1958 when he was approached to become station manager in Hutsville. He left Huntsville to become a salesman for the North Bay, Ontario, radio station CFCH.

The CKAR call letters were uniquely tied to the concept of station promotion as a courtesy service in the region, something that came to the attention of writer and former broadcaster Dale Johnson in early 2012. He wrote a feature article about it in the Canadian publication, "OLD AUTOS" For a look at that article, click here for Motoring Memories.

Murray Shields was the station's chief engineer who was in charge of putting CKAR on the air for the first time in 1958. He was also in charge of the station's satellite transmitter in Parry Sound. Later, Bud and Murray were briefly re-united when Murray was dispatched by Ampex to give a checkup to CJRT'S Ampex tape machines in Bud's newsroom.

LINKS TO OTHER RADIO SITES 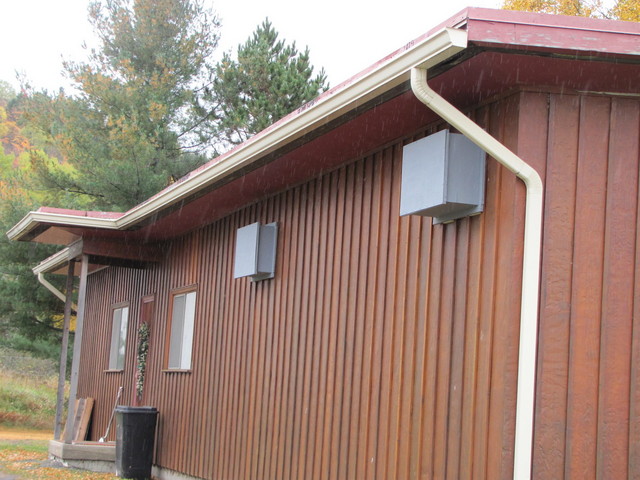 CKAR-AM, HUNTSVILLE and PARRY SOUND, ONTARIO. In 1959, Bud joined his former Ryerson classmates at a newly established radio station in the Muskoka district. It was a further learning experience. One major assignment was as an air-borne traffic reporter. (hear the audio on the right) Also, several times a week, Bud was required to take one of the two CKAR Ford station wagons (Courtesy-Kars) on the road to hunt down tourists and others for interviews. The interviews were recorded on a 601 Ampex portable reel-to-reel tape recorders attached to a large brief case sized transformer plugged into the car's cigarette lighter. The 3 minute items were sprinkled through the programme schedule throughout the day.

Early on, the station manager discovered that Bud was a competent commercial writer and drafted him to assist Karen Hazzard in the continuity department in writing many of the local commercials

Garth Thomas occupied every position possible at CKAR-AM and was still with the station when it changed to FM. Garth graduated from Ryerson Radio and TV Arts in 1958 and immediately joined the new Huntsville radio station staff. As a student, he had a reputation as a comic. He and a fellow student Larry Tearun wrote comedy skits and performed as "Fif and Shotz" (Garth was Shotz) and appeared at Ryerson functions and had their own comedy show on Toronto's CKFH Radio. They were assisted by fellow student Bob Sher who doubled as their announcer and extra character actor. After many years in broadcasting and print (Huntsville Forester newspaper), Garth became the most recognized voice in sports reporting in Muskoka. In 2008, Garth was the host of the Algonquin Park Run for Canada where he was interviewed during the event (see video) Garth died in his sleep on August 29, 2012.

Norris McKenzie was the owner of CKAR obtaining his license in 1957 with a satellite transmitter and sales office in Parry Sound. Norris was also the owner of G.N. McKenzie Productions, a programme distribution company in Toronto selling radio show across Canada. He placed some of his properties on CKAR including the Jim Ameche radio show (yes, the brother of Academy Award winner Don Ameche), and an Australian western adventure titled Grey Wolf.  Norris had the distribution rights to classic radio shows such as The Lone Ranger, a detective series, Boston Blackie and seasonal shows such as Scrooge.  Norris and his wife died in a plane crash in Europe. 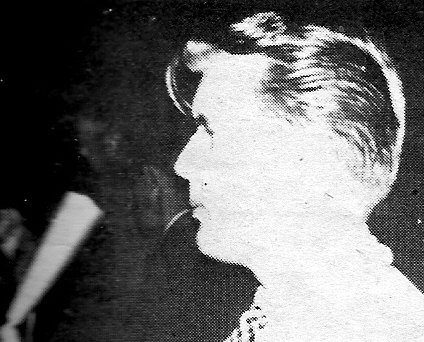 Dave Wright was the temporary programme director of CKAR installed by Gord Burnett in the summer of 1959. There were immediate changes in the show lineup. Dave initiated air-borne traffic reports using air-to-ground radio (until the DOT ordered it stopped.) For the rest of the summer, the traffic reports were recorded on tape and rushed to the studio after the plane landed.

Don Willcox was CKAR's programme director. In 1960 he was brought to CKKW Kitchener by programme director Dave Wright who worked with Don at CKAR when Wright was on loan from CHOW in Welland for the summer of 1959. In Kitchener, Don quickly moved into TV production at CKCO where he became promotion director. Later he became general manager and eventually vice president. Don was involved in a great many projects through his career, including executive production of a musical TV special featuring famed jazz band leader Stan Kenton. In 1995, after 35 years, Don retired.

Gordon Burnett, the owner of C-HOW the new radio station in Welland, was recruited by Norris McKenzie to help revamp CKAR  in the early summer of 1959.  Gord hired an experienced manager and brought in announcer Dave Wright from Welland to oversee the changes.

Gordon Sinclair, the veteran Toronto Star newspaper reporter, TV panelist and CFRB news commentator, spent his summers at Bala, Ontario. He recorded his weekly 'RB commentaries at CFOR in Orillia. When CKAR begain broadcasting in 1958, he began taping at the Highway 11 Huntsville studios. He often appeared wearing his signature tartan tam. These visits were always a special event for the young Huntsville staff. 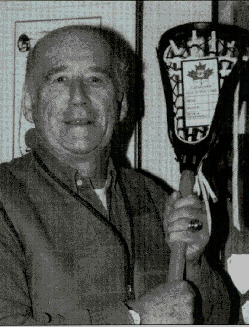 Jim Bishop came to CKAR Huntsville as a local arena manager and sports announcer. He was a former associate of sports guru Lloyd Percival, famed coach and owner of Sports College (CBC Radio) and Fitness Institute and author of the "Hockey Handbook". In 1962 Jim relocated at CKLB in Oshawa taking over the sports reporter duties formerly done by Bob Sher. Once settled in Oshawa, Bishop founded the Oshawa Green Gaels lacrosse club which won seven national championships. Detroit Red Wings hired him as vice president in 1969 but in 1973 he returned to lacrosse establishing a team in Montreal. Two years later he was back in Oshawa coaching and managing junior B lacrosse. In the early 80s he created a sports clothing company. For his decades of dedication to the sport, he was awarded the Lester B. Pearson award.

Read about Jim Bishop in the Oshawa Sports Hall of Fame

Lou Leslie (Louis Gwartz) was a towering figure (at 6 toot 3 inches) as CKAR's first newsman. He also took his turn hosting various music shows at the fledgling radio station located in a prefab building at the edge of highway 11 on the southern end of Huntsville. Lou's career eventually took him to Los Angeles, Calif.in 1965, where he worked for CBS,  at KABC-TV. In the 1970s, he began studies at Loyola Law School in L.A. and was called to the bar in 1978. Law practice soon lost its glitter and he returned to TV as an assignment editor-writer-producer at KABC-TV. Today, Lou is retired and restores antique furniture as a hobby.

Jack Horahan came to CKAR straight from Ryerson and established himself in the noon to 5 p.m. slot. He stayed for two years and moved on to CKLB in Oshawa. Later, Jack caught on as a newsman at CHUM in the mid 60s under Bill Drylie. After a short time he took a night shift at CFRB news for a few months before leaving for Oshawa again. While at CKLB he married his wife Kathy in 1977. They left Oshawa in 1980 and moved to Florida where he went into semi retirement. Jack moved to Chicago in 1984 and worked with Chicago Radioland Information Service. Two years later the Horahans moved to Brampton and jack went into sales at CHWO Oakville. Later he switched to an air shift. Jack died of cancer on Feb. 13, 1989. 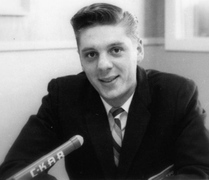 Bob Sher was just leaving CKAR when Bud Riley arrived to replace him in 1959. Bob relocated to CKLB in Oshawa for better pay, fewer hours and to become the News and Sports Director. He also did play-by-play of Whitby/Dunlop hockey games. He left in 1960 to become a senior producer at James Lovick Advertising in Toronto. In 1967, he became executive producer at Film Arts Studio. The following year he established the Film division of Glen Warren Products (CFTO-TV) which is renamed 25th Frame. He then became executive producer at Davillia International, a respected commercial film house. From 1970 to 1974, he became one of the founders and marketing director of Image Transform Inc. in Hollywood, California. He was a guest lecturer at the American Film Institute and University of Southern California. Bob also set up offices in New York and Chicago and worked directly with movie directors, producers and actors. In 1974 he returned to Toronto as freelance producer and Manager of film at Studio 523. In 1977, he became a minority owner and President of the Motion Picture Video Corporation (MPV) where he stayed for 16 years. In 1993 he was sales manager at Discis Knowledge Research Inc. and made a mark in the CD-ROM industry. In 1995, he was hired as president at Premier Post with the mission to sell the company. When that was done, Bob retired.

Nadine Ysaye Mosbaugh was C-KAR's music librarian. Nadine was an accomplished concert pianist who had toured Europe with Jose Iturby. Her grandfather, Eugene Ysaye, was also a famous violinist. Nadine's son, Franc Mosbaugh, is a musician, singer, composer and award winning commercial jingle writer. Nadine Mosbaugh has a lake and a creek named in her honor. Lake Nadine and Nadine Creek are located in the most remote part of Algonquin Park, Ontario. Nadine died in July 2010. Her family made a trip to the lake named in her honor.

Karen Hazzard was CKAR's commercial writer. Later she left radio to become a noted producer and casting director for TV, film and theatre. Karen was the first woman commercial agency producer in Toronto (Young and Rubican Advertising). She opened her casting company in 1973. Cast hundreds of films, TV shows and stage plays. Most notable film is the classic, A Christmas Story (1983). She has occasionally taken roles as an actress. After 50 years in the business she teaches directors auditioning techniques at Toronto Film School and at Seneca College in Toronto. Karen died Aug 13, 2015.

Dick Sienko was the lone salesman at CKAR and by default held the title of Sales Manager. Later, Garth Thomas would take on the sales job. Dick started his radio sales career at CFQC in Saskatoon but in 1958 he left to join C-KAR sales with the title of promotion manager. In 1976 he founded TARGET Broadcast Sales in Toronto with his wife and business partner,  Donna Sienko, representing many Canadian radio stations and a Buffalo N.Y. TV station.

Dick in animated discussion at the 2013 Ontario Radio reunion. 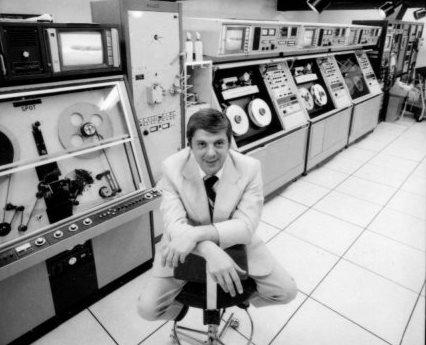 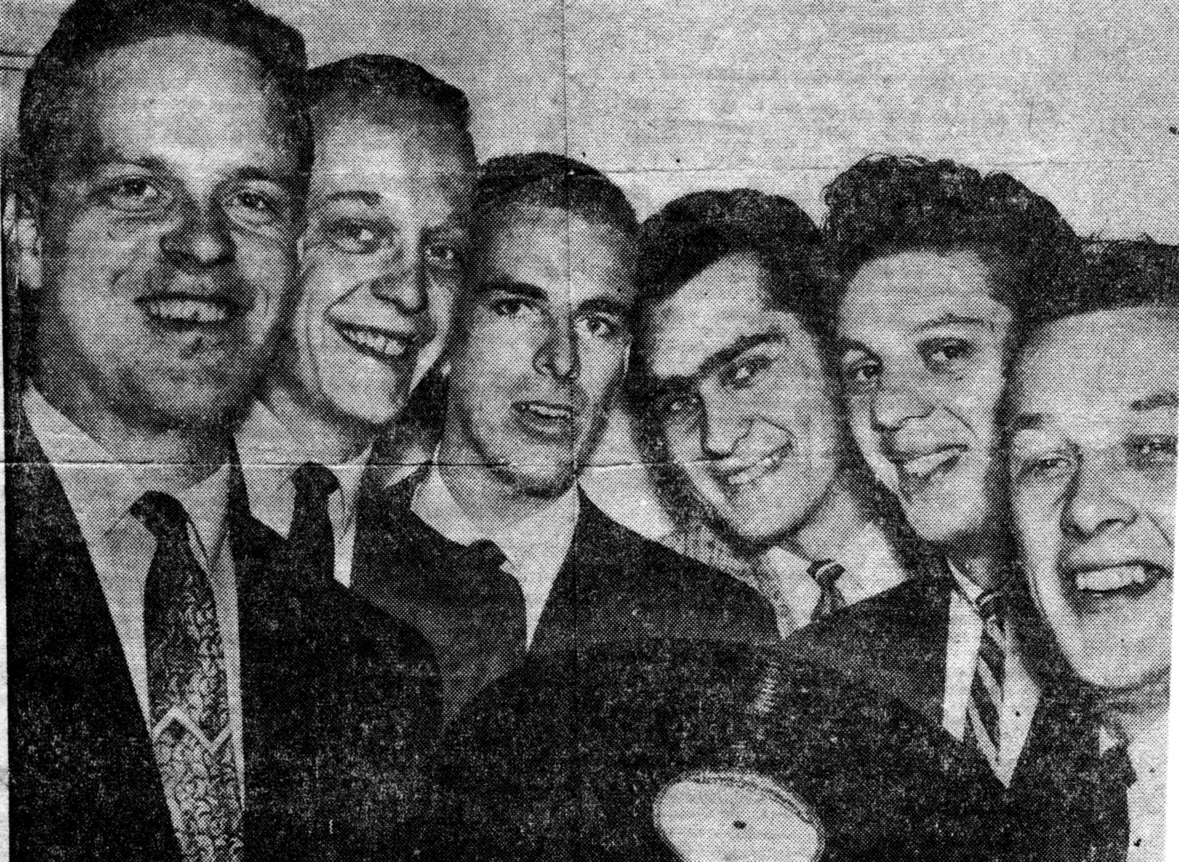 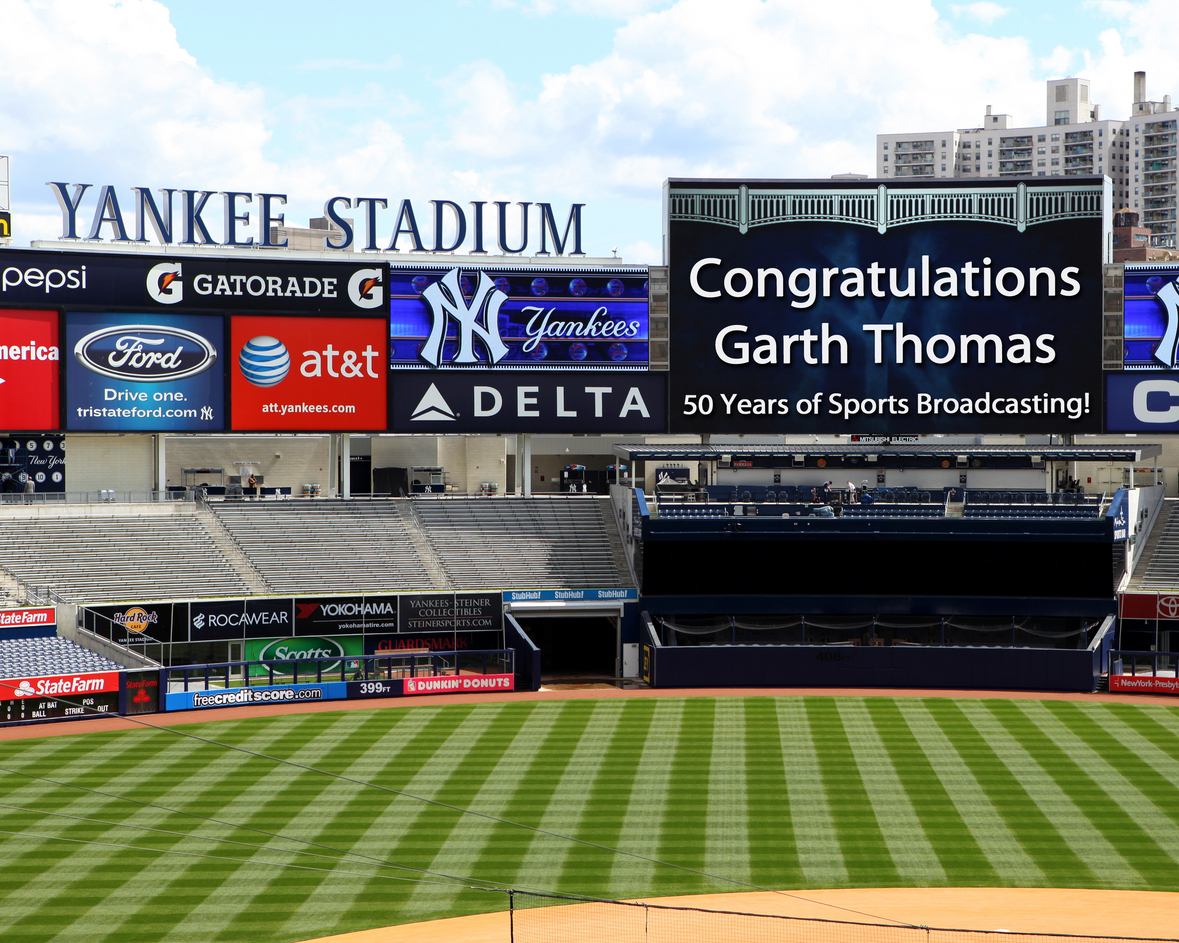 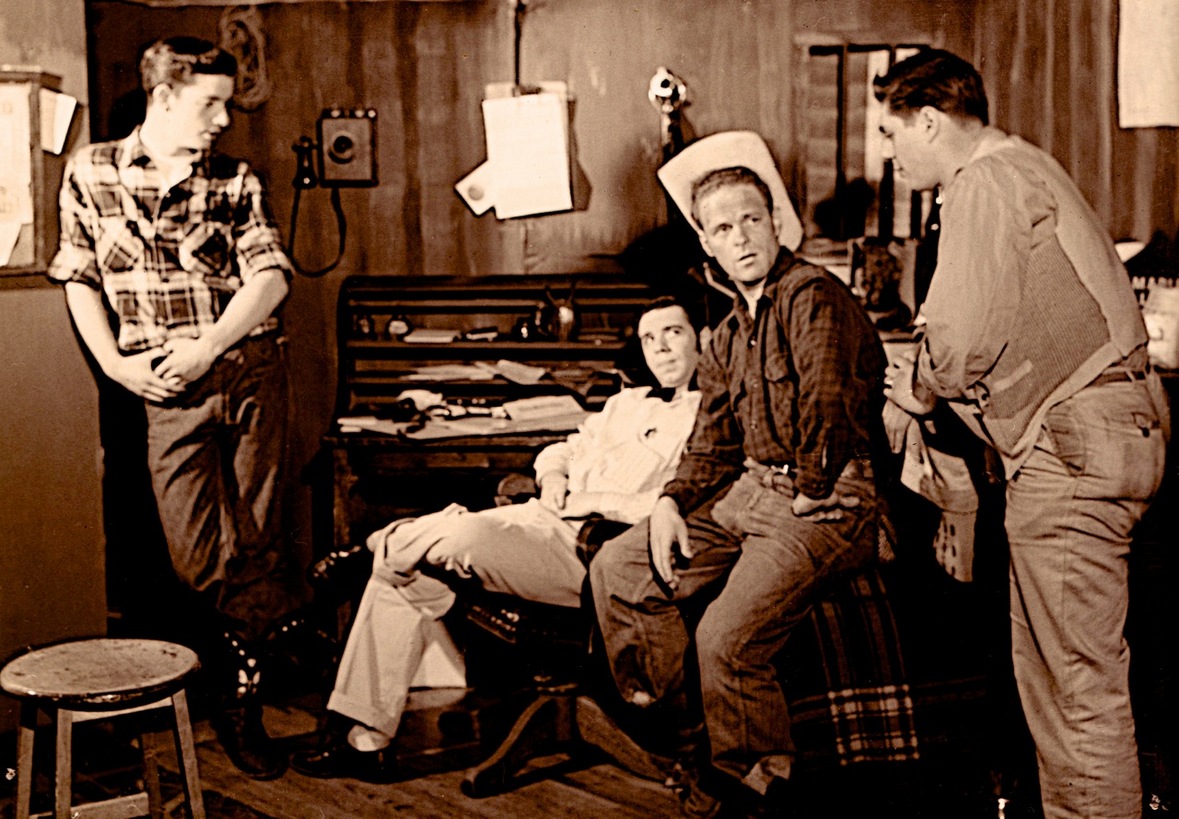 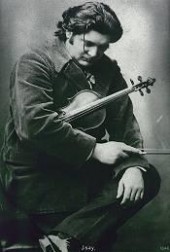 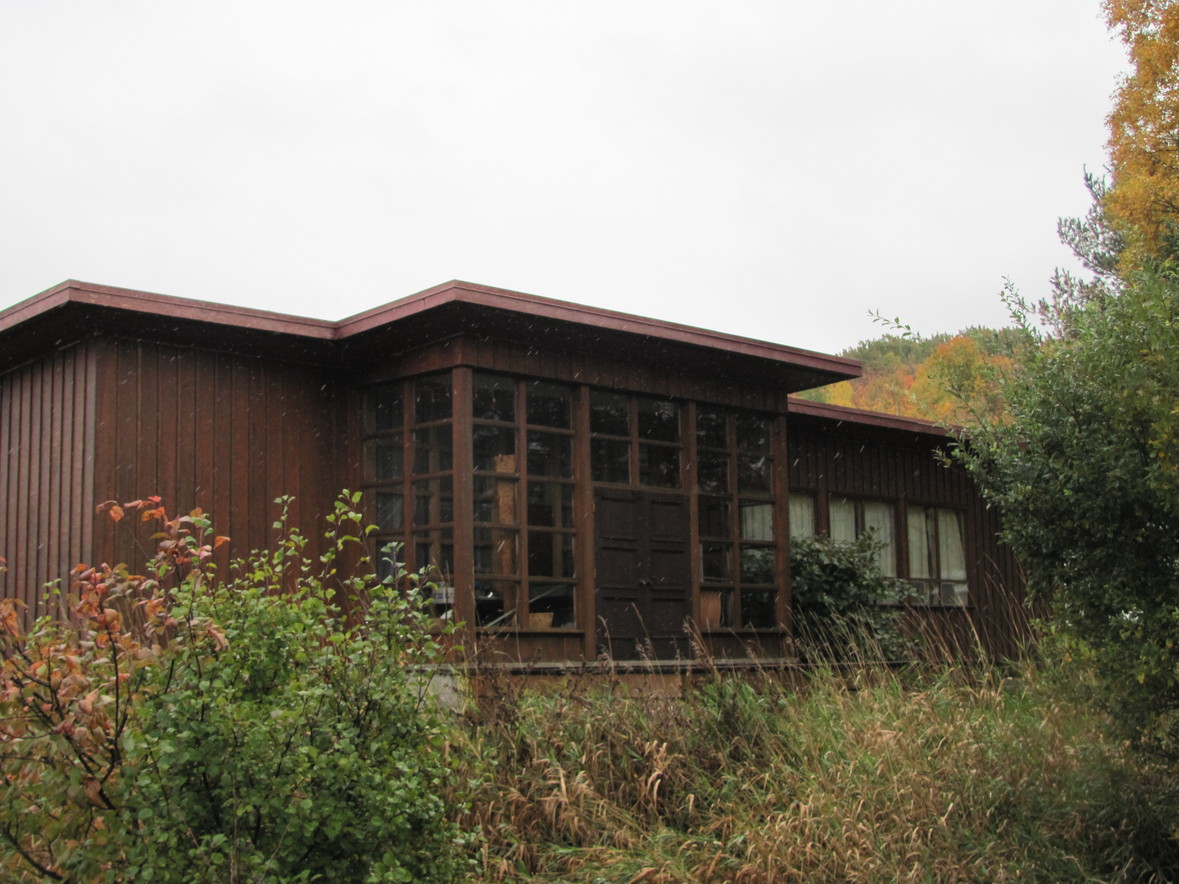 CKAR goes on the air on June 14, 1958. The occasion was noted in the June 12th issue of Canadian Broadcaster.